This past week has certainly been a labor intensive week in the workshop. The drywall hung, taped and textured then painting was completed thanks to they guys over at Sweet Home Services in Keller, TX. Next job is to hang the beautiful Spoonflower wallpaper and install the flooring before the final move in. Now for some pictures of the transition from “Then” to “Now”.

These photos taken after the paint job was completed.  Of course, some fabrics have already found their way to the built in shelving. I couldn’t help but move something out there today. 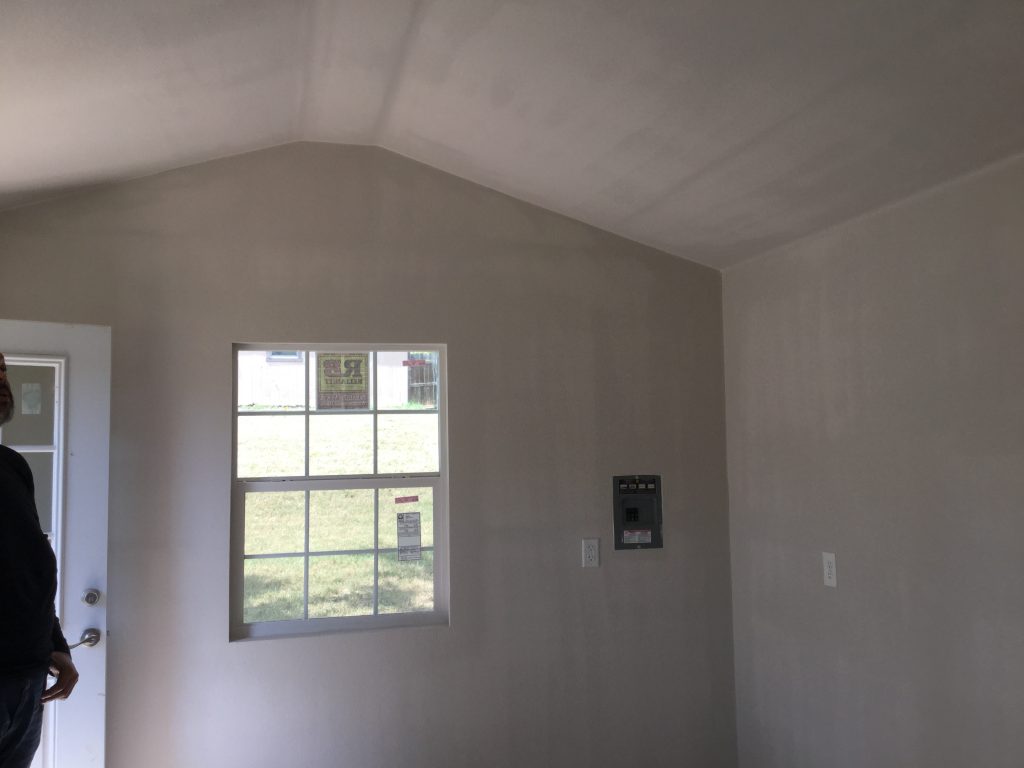 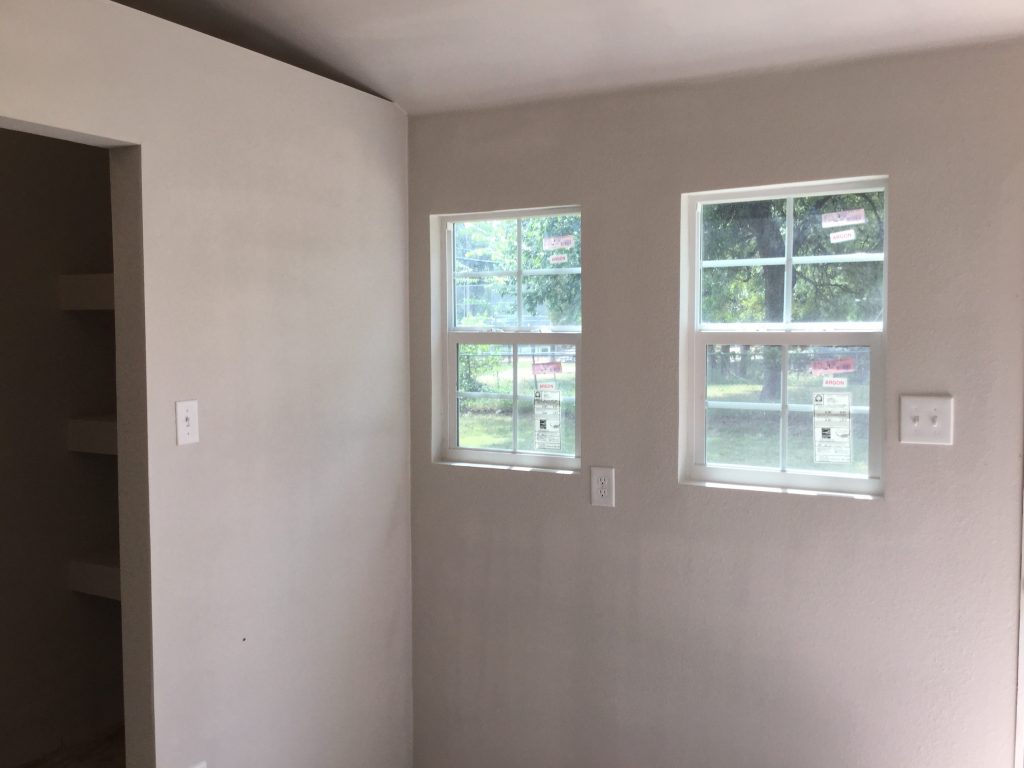 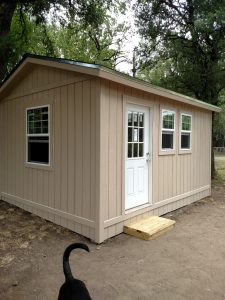 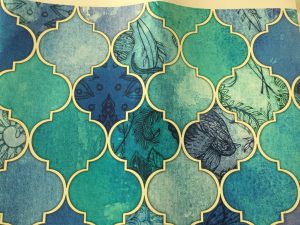 The wallpaper for the feature wall. 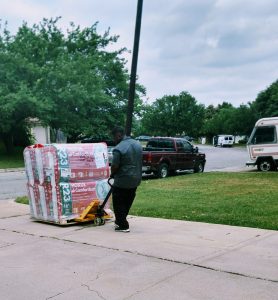 insulation on a pallet jack 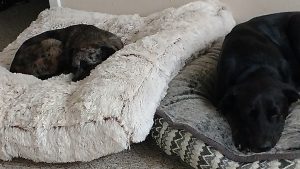 It’s been quite the summer as we head into Labor Day weekend where so many express the last hurrahs of summer I’m thinking about what this summer held for the shop as well as for the family. First off since my immediate family is myself, Dell and two very important “children” our lovely dogs Tino and Zena, here is something they would like you to know about and after reading this article, I agree wholeheartedly. We support pet adoption and this group of articles was well researched and has great information for you when you are ready to get your own pet. 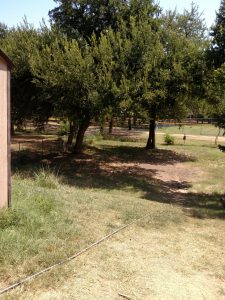 The location is between the trees.

Next thing to mention is the workshop in progress. After several years of using the guest bedroom as my work room it has finally come time to get my own workshop and free up the bedroom to actually host guests.

As we all know location, location, location! It’s a great advantage to have this location be in the back yard…close to home and family and yet still be able to be in work mode. After choosing the location under the trees, we got a contractor for the building. I’m so excited and this was just the beginning! 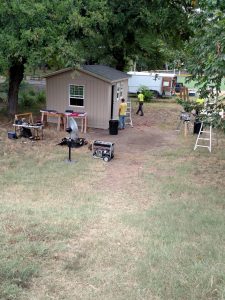 This picture was taken last August and the building started going up a year ago this week. It’s been slow going but we had no idea what we were in for.  Notice this work crew had a huge outdoor fan going to help cool down a very warm August. Glad to say we are much greener this year. They did a bang up job.

We reached out for estimates on electric and plumbing after the building was done. Duh! Who does this except someone who’s a total noob to getting things built. The estimates came in way out of our price range. Come to find out, it’s a big deal getting exit sewage from the back forty uphill to street level where the city sewer lines are and would take two pump stations. That’s what ten feet lower elevation can do! Ur-mah-gurrr! 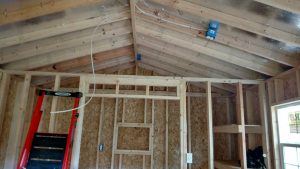 Electricity is now in.

This meant we needed time to save up some funds. So we were static on the workshop through the winter. Come spring we started shopping the electric around again and got a great electrician to get the shop set up with all the electrical bells and whistles. Now we’re ready to do the insulation and get the drywall in. I’ve already got the flooring, paint color, and wallpaper chosen as this eventuality becomes more real and closer to happening.

Until next time, Adios amigos!